If you’re looking for our old blog posts, you can find them over on our new blog at savebuzzardsbay.org/news. There, you can sign up for our monthly Bay Buzz email newsletter to stay up to date on the latest news, events, and adventures on Buzzards Bay.

It’s common to see broken clam shells littering beaches and parking lots around Buzzards Bay. But when you see dozens of buckets full of shells sitting next to a giant shell pile near the shore, you know something big is going on.

Over the last few years, the Coalition has been supporting the Massachusetts chapter of The Nature Conservancy, the Massachusetts Division of Marine Fisheries, and the towns of Fairhaven and Wareham on a plan to restore oysters in parts of Buzzards Bay where these popular shellfish used to be abundant.

This summer, the foundation is being laid – literally – for a restored oyster population in Little Bay. With a little time, luck, and patience, scientists hope oysters will soon begin to thrive in Buzzards Bay once again.

Where do oysters live in Buzzards Bay?

Oysters settle on top of other oysters when they are young, which creates clusters and reefs that provide habitat for crabs, fish, and other species.

Oysters are popular in places like Cape Cod, Long Island, and the Chesapeake Bay, where they are grown and harvested. But oysters are actually found up and down the East Coast, from the Gulf of St. Lawrence in Canada all the way to the Gulf of Mexico.

In Buzzards Bay, “oysters weren’t everywhere, but there were certain areas where they were plentiful,” said Sara da Silva Quintal, the Coalition’s restoration ecologist. One of those areas was Little Bay, a section of Nasketucket Bay in Fairhaven along the northeast side of Sconticut Neck.

Oysters aren’t just a favorite raw bar treat. They’re filter feeders, which means they help keep our water clear. According to The Nature Conservancy, an adult oyster can filter as much as 50 gallons of water per day as it feeds.

Oysters also provide important habitat. They grow by settling on top of other oysters when they’re young, which forms dense reefs where crabs, fish, and snails live. Many species depend on oyster reefs as a place to hide from predators.

Over the years, natural oyster reefs have declined significantly – not just in Buzzards Bay, but everywhere along the East Coast. It’s tough to say exactly why those reefs began to disappear here; diseases were a factor, but most agree that overfishing was the driver. Without enough oyster shells to settle on, baby oysters – called “spat” – had a hard time surviving. Wild oyster populations still exist in certain places around the Bay, but they don’t always have the proper habitat to flourish.

In 2012, The Nature Conservancy approached the Coalition about starting a project to restore oyster habitat in Buzzards Bay. With over 20 years of Bay Health data and extensive knowledge of the Bay and its communities, the Coalition was a helpful partner to support the Conservancy’s project, which is part of the group’s goal to restore 5,000 acres of shellfish habitat in Massachusetts.

“We began monitoring wild oyster populations in several spots throughout the Bay to help the Conservancy determine where there may be potential to bring oysters back with some habitat improvements,” said Quintal.

How are oysters being restored in Fairhaven?

Early one warm morning, Coalition staff and volunteers joined the Conservancy and the towns of Fairhaven and Wareham at the Seaview Avenue boat ramp in Fairhaven. The giant pile of clean, broken clam shells greeted them in the parking lot.

The clam shells were waiting to get put back where they came from: the water.

For hours, the team worked together to fill big black buckets with shells and drag them onto a barge. Then the Fairhaven harbormaster towed the barge to a protected cove just north of the boat ramp — the site of the new oyster habitat.

This particular site in Little Bay was selected because, according to Quintal, “it’s a spot that stays underwater all year, but it isn’t too deep and it’s out of the way of fishing and other recreational uses.” It’s also a highly visible location that the Fairhaven harbormaster and shellfish warden can keep an eye on to prevent illegal harvesting.

The process to create the new shellfish habitat was fairly simple. As the boat pushed the barge in a slow, straight line, the team poured bucket after bucket of clam shells into the water. This bed of clam shells at the bottom of Little Bay will now provide a foundation where oyster spat can settle and, eventually, create new reefs.

But the team isn’t just relying on those few remaining wild oysters to restore the population. Later this summer, they will “seed” the new shell beds with spat that were set on oyster shells at an aquaculture facility on Cape Cod.

The ultimate goal, Quintal explained, is to see some wild oyster spat settle, survive, and grow on the new shells, which should happen this fall. “That’s the benchmark for success,” she said. The town of Fairhaven will monitor the oysters over time to see how well they’re doing.

This project was modeled after one that the Conservancy recently completed in Tisbury Great Pond on Martha’s Vineyard. Because of their expertise in shellfish restoration, the Conservancy has led this project on Buzzards Bay. They’ve also been the project’s primary funder.

But oyster restoration in Buzzards Bay is a team effort, one that has involved the Coalition and the Conservancy as well as local towns and the state Division of Marine Fisheries. “Partnerships have been critical for getting this project off the ground,” said Quintal of the collaborative effort. The Coalition’s involvement with the project has focused on monitoring, local coordination, public outreach, and field support for implementation.

As the site owner, the town of Fairhaven will manage the restored oyster reef in the future. True to the project’s collaborative nature, the Wareham harbormaster has also helped out in Fairhaven by lending a barge and excavator, as well as staff time to get the shells in the water. “And if a project happens in Wareham, Fairhaven will go there and help,” said Fairhaven Shellfish Warden Tim Cox.

With the success of the Little Bay project, the Conservancy hopes to expand this type of shellfish habitat restoration into more of Buzzards Bay’s waters. The team is continuing to use tiles to monitor juvenile oyster settlement this summer in Fairhaven, Wareham, and Gosnold, as well as a new location in Sippican Harbor in Marion. Further projects are slated to receive funding from Bouchard oil spill penalty funds that were paid in the wake of the 2003 oil spill that fouled shoreline habitats all along Buzzards Bay.

Matt Pelikan, a coastal ecologist with the Conservancy, also stressed the importance of collaboration. “There’s always cooperation, but now momentum is building,” he said as the barge slowly cruised back to the boat ramp after the team completed another round of pouring shells into the water.

The Buzzards Bay Coalition is a membership-supported nonprofit organization that works to protect and restore Buzzards Bay for all. Visit our website at www.savebuzzardsbay.org 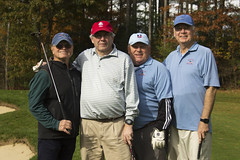 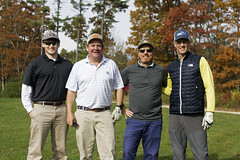 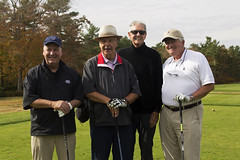 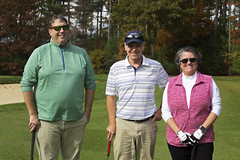 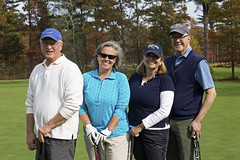